1930s: Survival of the Great Depression 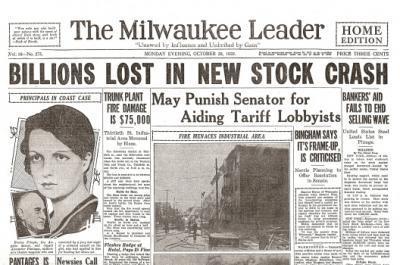 The Stock Market Crash of 1929 was the beginning of many hardships for the nation. Despite the collapsing economy, Standard Light Company persevered. To keep their dream alive, our founders made a decision that would have a lasting impact on our business to this day.

Our founders listened to the needs of their evolving customer base and refocused efforts on being a full-line electrical distributor. This refocusing brought about a big change for the company. At the end of 1930, our name changed from Standard Light Company to Standard Electric Supply Co. and by the mid-thirties, we phased out the manufacturing of light fixtures.

Our name change documented on the back of a 1930's catalog

According to EC&M, even though the economy was declining, market conditions were improving in the mid-thirties. Population growth and the demand for structures with a more modern design like homes, buildings, and factories encouraged new construction. This new construction led to a sales boom for the electrical industry.

Standard Electric Supply Co. was ready for this increase in sales and prepared for the changing needs of their customers. Our product mix changed again to include not only electrical supplies but large appliances, like stoves, refrigerators, radios and water heaters.

In 1938, Leonard Siegel joined the company as the sales manager for the appliance division, he would later serve as president from 1977-1987. Leonard was the oldest son of David Siegel one of our four founders.